Young People: Make sure your voice is heard in the General Election

Young People MUST have their say in the General election on 8th June, 2017, but the government has changed the system for registering people to vote, so the number of 18 year olds registered to vote has plummeted.

25% fewer school-leavers are registered to vote than 3 years ago. That means thousands of young people won't get a say in their future, and this suits the Conservatives, as they are less likely to get the young person's vote!

TIME IS RUNNING OUT. You may not have registered to vote, or maybe some of your friends haven't. Take action NOW. Registration closes at midnight on Monday. 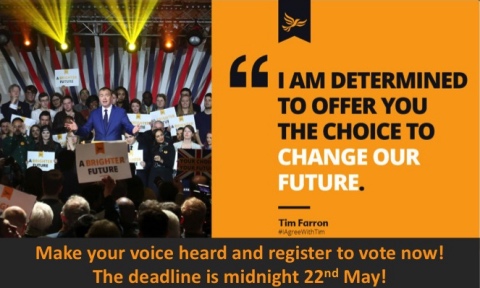 You can register to vote online, from their phone or computer. It takes under five minutes, and you start by clicking this link:

Get a move on, though! The deadline is midnight on Monday.


A COUPLE OF REASONS WHY YOU SHOULD VOTE!