The Liberal Democrats have selected entrepreneur, father and Cambridge City councillor Rod Cantrill as our candidate for the newly created Mayor of Cambridgeshire & Peterborough.

Rod, who is well known in Huntingdonshire, has lived in Cambridgeshire for over 30 years, and has a background in finance. He has run his own financial consulting business since 2003 and was first elected as a city councillor in 2004. 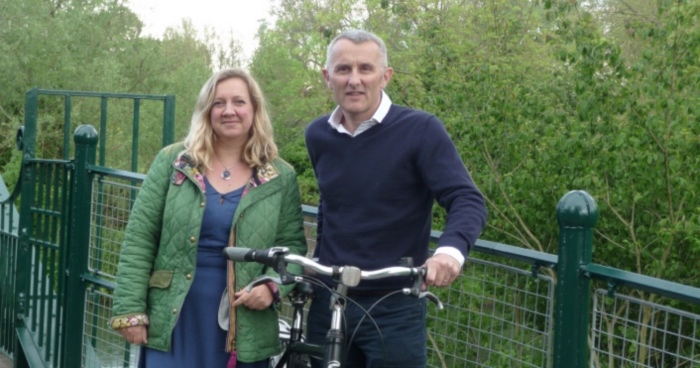 In June’s EU referendum, Rod was a key figure in a leading local cross-party Remain campaign working with Labour, Conservative and Green campaigners to fight for what he believed was best for our county and our country.

Commenting on his selection Rod said:

“I am so proud that Lib Dem members across the county have backed me to become the first Mayor of Cambridgeshire and Peterborough.

“Our area has many opportunities for growth that I am eager to exploit going forward.

“In parallel, it faces its fair share of challenges over the next few years; be it the dangers of a hard Brexit, government cuts or a lack of much-needed infrastructure.

“I believe I can use my knowledge and experience to work with residents, business leaders and politicians to move our county forward for the benefit of all.

“Like so many people I think it’s time to change how politics is done here in Cambridgeshire. The City Deal project in the south of the county shows what a disaster devolution can be when politicians push their pet projects and fail to listen to residents.

“That’s why both as a candidate and the Mayor I will make listening to residents in every corner of the county my absolute priority. It’s essential we spread wealth across the whole area and ensure everyone prospers from its economic success and growth.”