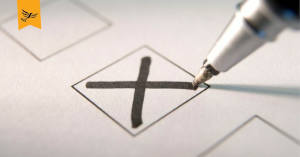 In the past, Huntingdon has been seen as a safe Conservative seat. Things have changed.

On top of this, Best for Britain’s tactical voting site GetVoting.org is encouraging Remain supporters in Huntingdon Constituency to vote Liberal Democrat.

All opinion polls have a margin of error, and things are turbulent at the moment, but the situation has clearly changed. Both Conservatives and Labour are deeply divided, with their extreme wings in charge. People who are used to thinking of the Conservatives as a party of balance and stability, or Labour as a moderate “centre left”, are finding themselves abandoned.

On the doorstep we are hearing people say “I normally vote Conservative, but can’t with the way things are now”.

The UK is in a strange position at the moment, which means polls have more error than usual. But until recently, South Cambridgeshire looked like safe Tory territory — it now has a Liberal Democrat council.

The message for now is that Liberal Democrats can win in Huntingdon. We are the party for all of those who want the UK to remain in the EU.

Inside the EU we can work to heal the divisions exposed by the referendum. Outside the EU we'd be struggling to do this in the face of a Brexit-induced recession.