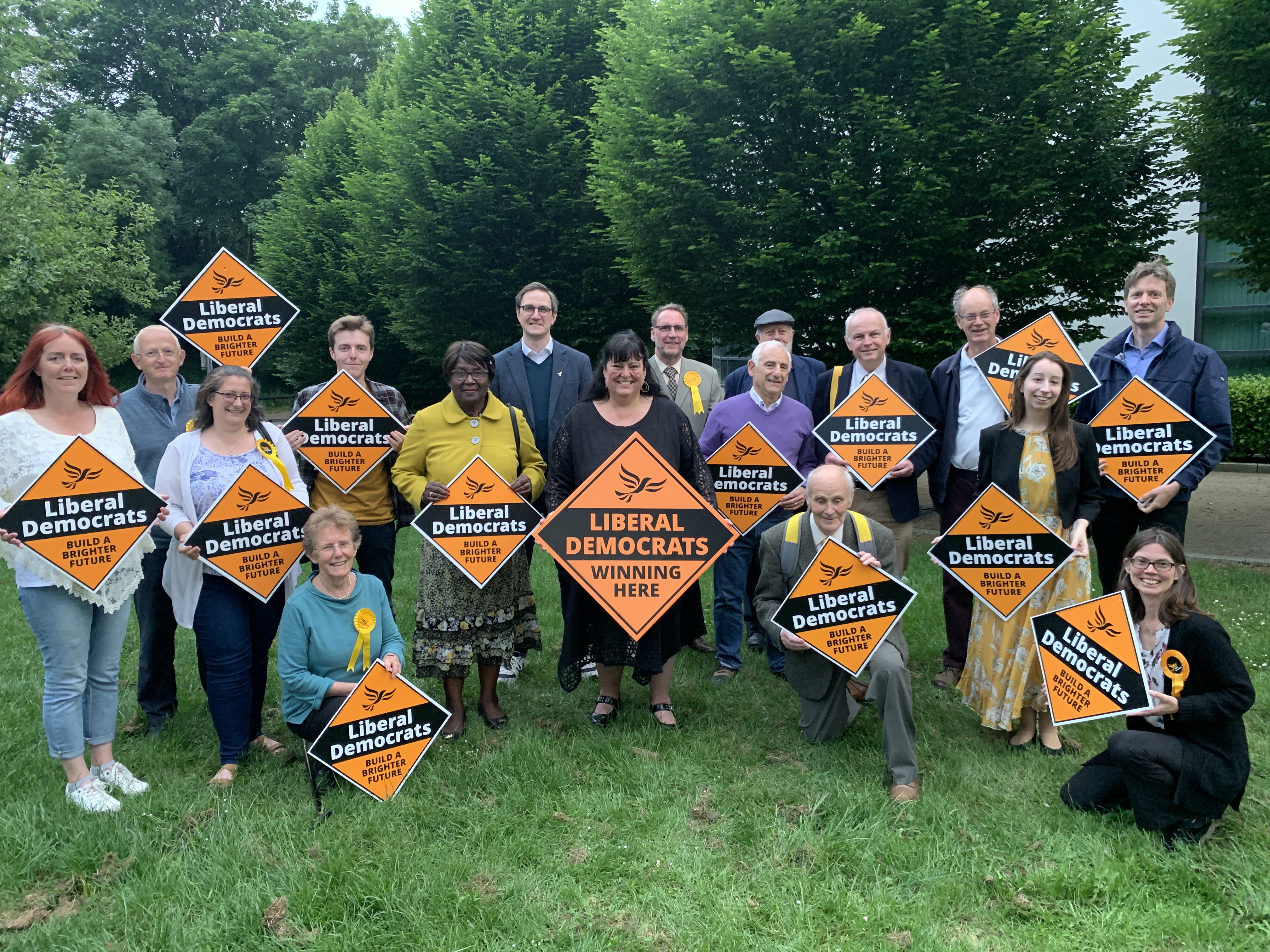 Predictions of a change of control at Hunts District Council

Others are catching on…

Families in Huntingdonshire are paying nearly £25 million more a year for their energy bills because they are living in poorly insulated homes, research by the Liberal Democrats has revealed.

Following a series of “strategic” studies in 2018, the Government confirmed that St Neots had been selected as one of the towns to be awarded a grant from the Future High Street Fund (“FHSF”) for its town centre regeneration. That was in 2019.

Annual Dinner - save the date

Huntingdonshire Liberal Democrats are planning to hold their Annual Dinner at the Black Bull hotel, Godmanchester on Friday 9th of September, at 7:00 for 7:30 p.m.

The guest speaker will be Lucy Nethsingha, leader of Cambridgeshire County Council.

The price will be £25.00 per head, for a three course meal with coffee or tea to finish.  There will be a raffle.  We will also have a private bar.

The result in the North Shropshire by election on 16 December was remarkable. People told us they were fed up with being taken for granted in a “safe” Tory seat. They were angry at the mis-handling of Covid, at the Tory sleeze crisis and Brexit not being what was promised.

In Huntingdon that will sound familiar. A similar swing here would see a substantial Liberal Democrat majority.

Huntingdon’s MP, Jonathan Djanogly, has joined the ranks of Tory MPs facing serious criticism for doing highly-paid work in addition to their role as a constituency MP.

For this to be possible points to a political system that is badly broken.

After the resignation of Owen Patterson for “serious breaches” of parliamentary standards around his consulting work, criticisms of Geoffrey Cox (who’s reportedly earning £1 million a year for legal work and been criticised for representing the British Virgin Islands in a corruption case from what appears to be his Commons office) and records of more than 90 Tory MPs having significant earnings from other work, there’s clearly a big issue of #TorySleaze.

According to the Daily Mail, Djanogly has been paid “£30,000 for just 32 hours’ work a year by a firm that has benefited from NHS Covid contracts”.

This is shocking, especially at a time when many people are struggling financially because of Covid.

Djanogly’s controversial role is as chair of Pembroke Venture Capital Trust which has a stake in Thriva, a company which has picked up Government contracts reportedly worth £186million. Thriva’s accounts show it was worth £922,000 at the end of 2019 and it was reportedly worth £30million in the summer of 2021.

The same article says that Djanogly “defended his lucrative second job and insisted he had not made any personal approaches to ministers on behalf of Thriva”. But the sudden mushrooming of government work heading to Thriva makes me raise an eyebrow.

The problem with this is that, if MPs are earning substantial sums from extra work, who do they represent? The constituents who elect them? Their outside paymasters? Or the party that turns a blind eye?

The #TorySleaze crisis has removed the Tory lead in the polls: on the same weekend that the Djanogly story broke, the Tories were 6 points behind.

Negative coverage of Djanogly continued in The Guardian, 18 November. Pointing out Djanogly's opposition to further lockdowns, it quoted a prospectus letter sent to investors in which he wrote: “... the unwinding of government restrictions have begun to have a positive impact across the company’s portfolio of businesses.” and reminded readers a story from 2011 when he was "stripped of his responsibility to regulate firms that 'ambulance chase' the public following a Guardian investigation that revealed how he and his family could profit from controversial changes to legal aid he was piloting in parliament."

Congratulations to Mike Shellens who successfully held the seat, which became vacant as a result of the sad death of District Councillor Trish Shrapnel.

Mike won the seat by 813 votes to 656 for the Conservative opponent.

Labour did not put up a candidate in this election.