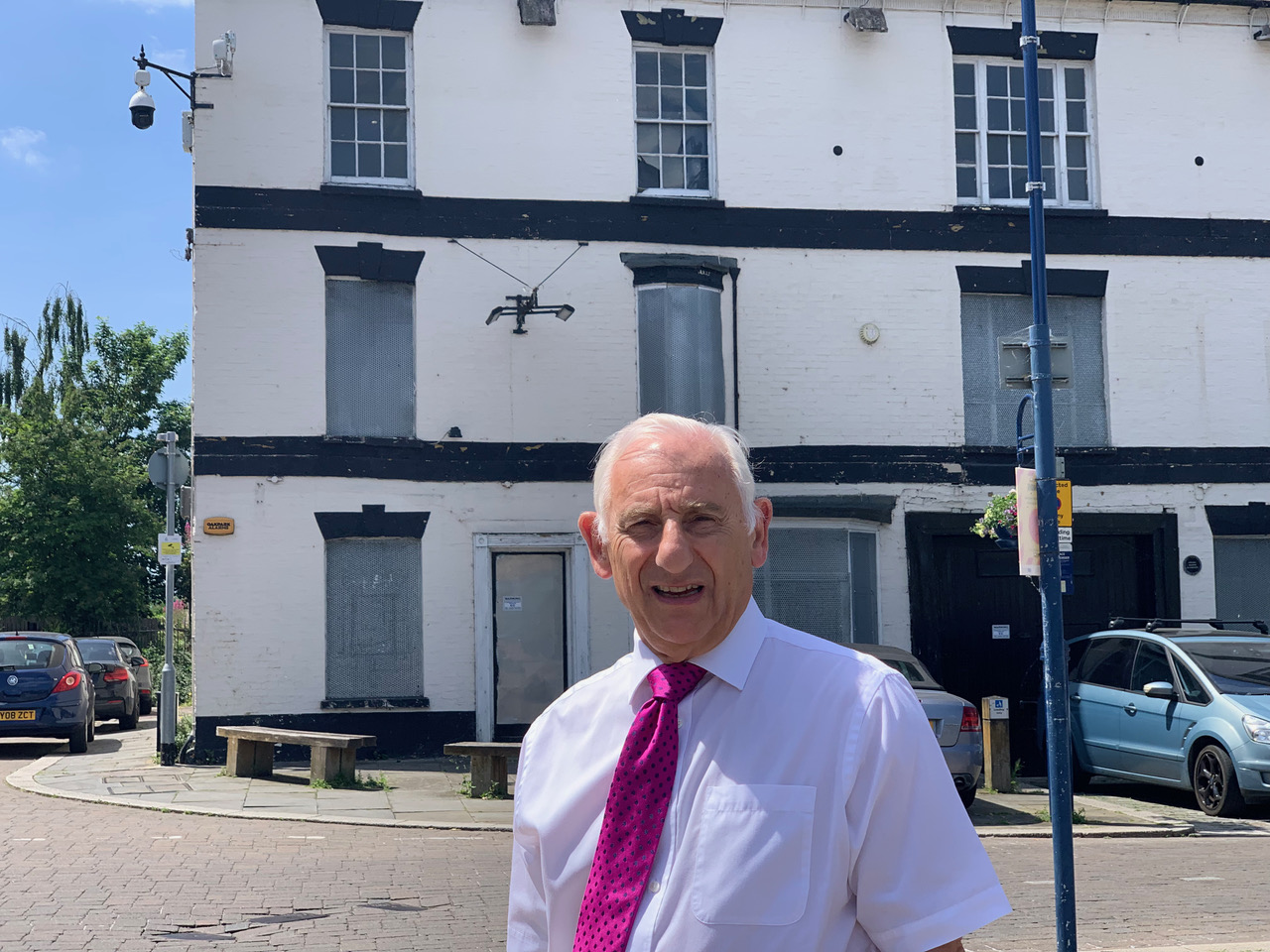 In a long planned relocation, Geoff and his wife Deanna moved from Woodford Green, Essex to Loves Farm St Neots in July 2020 to be closer to his daughter and her family who had been resident since its opening. It was something of a wrench as, apart from university and extended stints of work overseas, Geoff had lived in the area for most of his life. Deanna, born in Turkey but well-travelled before settling in the UK, had all her personal and business connections in London.

Geoff qualified as chartered accountant, hated audit and taxation work (asked too many questions) and then undertook a doctorate broadly researching in the field of Corporate Social Responsibility. This wasn’t too popular a concept in the professional world of the 1970s and 80s and even today is given more lip service than substance in its implementation. However, with at the time, with a mortgage to pay and mouths to feed, Geoff joined one of the predecessor firms that is now PWC and accepted the more conventional career as a management consultant. Among other things this took him to (pre-revolution) Iran for 2 years  - which was an experience to remember (and possibly forget). He subsequently joined BDO in a similar role but, as he was increasingly gravitating towards the evaluation of infrastructure and development projects, was seconded as team leader for the grants assessment division of the Department of the Environment. This gave him the taste for and experience to focus his advisory services on urban regeneration and since that time he has been involved with dozens of schemes promoted by both government agencies and private sector investors, generally in partnerships, in towns and cities of the UK and numerous locations overseas from North Borneo, Jordan, Turkey, Greece and the Caribbean. Currently Geoff is a full time employee of McBains, a technical services practice (architects, engineers, surveyors and project managers) and is responsible for risk assessment and project monitoring services on some of the UK’s largest regeneration schemes.

Having supported Dick (now Lord) Tavern’s Campaign for Social Democracy in the mid-1970s, Geoff was called on the convene and them become chair in Redbridge of the newly launched SDP. He has been an active member of the Liberal Democrats after the SDP merged with the Liberals in 1987, has contributed to national policy as a member of several working parties, has stood as a candidate in all local elections, a constituency candidate in the first Greater London Assembly elections of 2000 and a parliamentary candidate on 6 occasions, 3 of which, 1997, 2010 and 2019 were in Chingford and Woodford Green. He was until Covid and his move to St Neots closely involved in the Woodford community and in particular was chair of and an enthusiastic participant in the annual Woodford Festival, a festival of more than 100 visual and performing arts events over 10 days taking place in a variety of formal and informal venues ranging from drama centres, to churches, coffee bars and back gardens.

On being a “Bloody Nuisance”

This by-election is unusual, not for the reason it is being called or because elections for all seats on HDC are scheduled to take place next May. It is unusual because during the coming 10 months  critical decisions will have to be made on the substance of the as yet undefined St Neots town centre regeneration scheme and how the allocated regeneration funds are going to be spent. Those decisions are going to the change the character of St Neots and, ultimately, will affect the lives of all its residents for the foreseeable future.

When proposals are eventually presented this ward, indeed this town, needs a representative to assess the risks, ask key questions on priorities, designs and costs, evaluate and constructively challenge the responses and ensure this unique opportunity is not wasted. This is what I have been doing professionally for the past 30 or more years and I believe I have the experience and expertise to do so effectively on your behalf. I have a proud reputation of being a “bloody nuisance” until such time as I am satisfied by answers.

As a Liberal Democrat, I am supported by our national and local party infrastructure, our County Councillors, who have recently taken control of  CCC, and our cohesive group of 7 councillors on HDC. So, we are in a good position to hold the current HDC administration to account and to help implement good projects that offer best value outcomes.

You can find out more about me on https://whocanivotefor.co.uk