Cameron and May should stop playing politics over humanitarian crisis

Tim Farron has urged the Government to stop playing politics over the humanitarian crisis impacting on Europe and offer help to desperate refugees.

Germany had set an example by allowing Syrian refugees to stay and apply for asylum, but the British Government has ignored calls to help more people.

Earlier in the summer, Tim became the only party leader to visit the migrant camps in Calais where he met some of the people tragically affected by the humanitarian crisis. 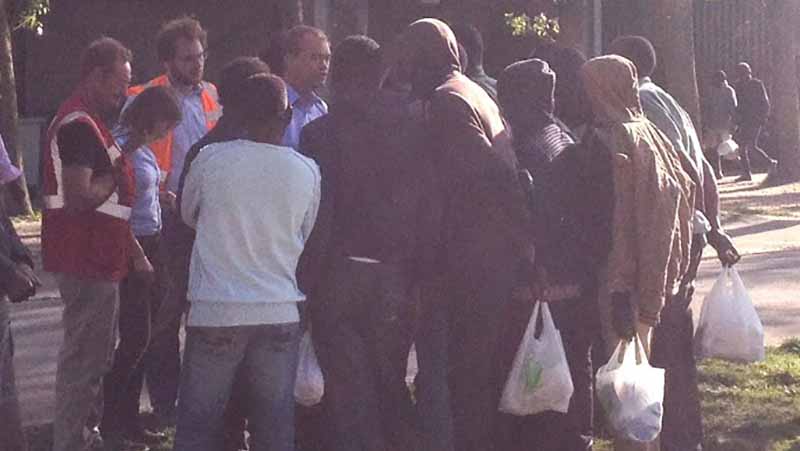 Commenting on the issue, Tim said: "David Cameron and Theresa May are trying to play politics in the hope of picking up some points in the opinion polls. They have shamefully diminished our standing in the world by ignoring the plight of thousands of refugees.

"It is no coincidence that Angela Merkel has proved herself be statesmanlike in enhancing Germany's reputation as a compassionate country by welcoming desperate Syrians fleeing their war torn home.

"Meanwhile, Britain's continuing focus is on manning the barricades which people are risking their lives trying to overcome just for a glimpse of security for their families.

"Theresa May continues to muddy the waters by talking about a broken EU migration system, which conveniently allows her to once again shirk the need to find an EU wide solution to the crisis.

"The UK's position as a safe, secure and, above all, caring place is being diminished by an increasingly 'screw you' attitude as the Government collectively shrugs at the immeasurable suffering."