Cambridgeshire County Council Elections – A Big Thank You and Next Steps

Thanks to your support, our three County Councillors; Peter Downes, Mike Shellens and Graham Wilson have been re-elected, and our candidates in other wards saw significant increases in their vote share as well. 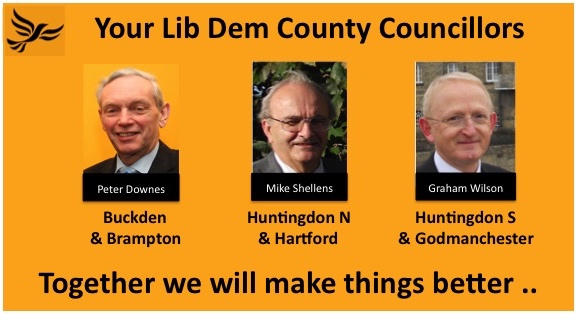 Well done to all our candidates and supporters, and thank you to the thousands of people who voted Liberal Democrat in Huntingdonshire! And, whether a Liberal Democrat was elected as councillor or not, you can be assured that we will continue to work to support all residents in the area.

Our preliminary analysis of voting in the Huntingdonshire Parliamentary Constituency indicates that the Liberal Democrat vote increased by 11%. The Conservatives clearly benefited from their move to the right and attracted a significant number of previous UKIP voters. There was no real change in the Labour vote.

So what might this mean for the General Election vote in Huntingdonshire on 8th June? 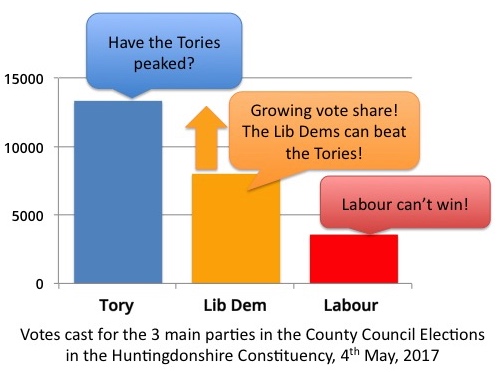 Vote Liberal Democrat on 8th June. Together we will make things better!