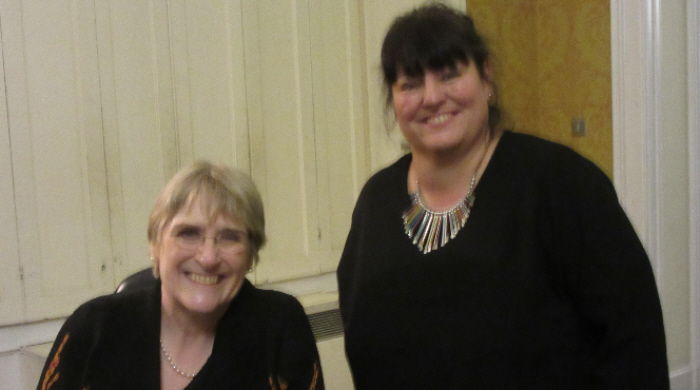 Speaking at the annual dinner of Huntingdon Liberal Democrats, the Party President, Baroness Sal Brinton, told local party members that she believed the Euro Referendum would be held in June or July this year.  “We are a united party, unlike Labour, UKIP or the Tories and we have a particular role to speak up for the EU”, she said.

“We need to remind people that the EU has meant that most of us have not had to live through a major European War and, as well as giving us major economic benefits, the EU means that we now have much more freedom the to travel abroad.”  As the EU also offers funds for emergency relief work and she could not understand why the Tories had refused to apply for the €250 million which was available from the EU to help with flood relief work in the North of England and Scotland.

In her wide-ranging speech, she also stressed that cuts in government support to local government were now so severe that both the NHS and local care services were in danger of “falling over”.

Baroness Brinton also paid tribute to Councillor Ste Greenall, who was elected to the District Council last month, taking the Huntingdon East seat from UKIP, who dropped to third place.

The dinner was held in the magnificent Assembly Room at Hinchingbrooke House and was well attended by local Liberal Democrat party members and supporters. In thanking Baroness Brinton, Councillor Sarah Conboy, the Chair of the Local Party, said that the local party was looking forward to busy year and more successes in the local elections.